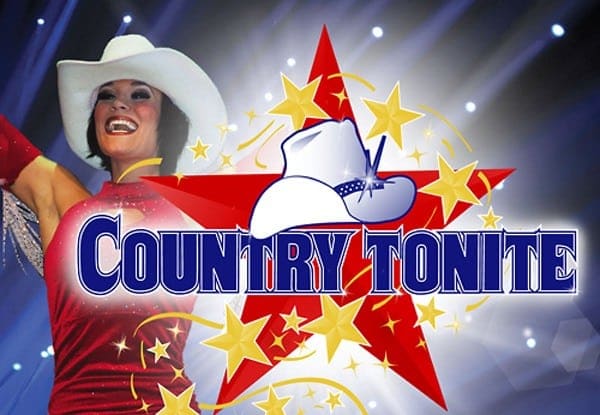 The Country Tonite Theatre in Pigeon Forge, TN has been one of the most popular and best-rated shows in the area for well over a decade constantly receiving rave reviews and awards such as “Show of the Year”, “Best Live Country Show in America” and “Best Show in the Smokies”. This family-friendly show features a variety of dynamic singing and dancing, side-splitting comedy, powerful gospel, and American patriotism. Country Tonite is also the only show in town that features incredibly talented youth performers. The shows typically are available at either 3pm or 8pm and last approximately two hours making it a great choice of entertainment before or after dinner. Below you can find a Country Tonite coupon for $10 off each adult admission in your party!

$6 Off Country Tonite – The Biggest Discount in Town!

We are extremely pleased to offer the largest discount in town or online for Country Tonite tickets! Simply click the link below to get $6 off each ticket and avoid extra processing fees! This is by far the best deal you will find anywhere!

Country Tonite is a fantastic choice for group travel whether it’s a church group, students, adults, corporate outing, etc. If you plan to bring more than 20 people, then definitely check out their groups page at the link below to get details and to arrange the discounts:
http://countrytonitepf.com/groups/

As mentioned above, most dates have shows available at 3pm and 8pm, but this can change depending on the day of the week or time of the year. For the most current schedule and to see dates and times for the Country Tonite Christmas Show and New Year’s Show, visit the official Country Tonight Pigeon Forge website at: http://countrytonitepf.com/show-schedule/

For more information about Country Tonite in Pigeon Forge, TN visit their website at:
http://www.countrytonitepf.com/

To find more coupons for other area shows and attractions, visit our ultimate guide of discount tickets and coupons to find even more ways to save money on your visit to Pigeon Forge, TN!