Music in the Mountains Spring Parade 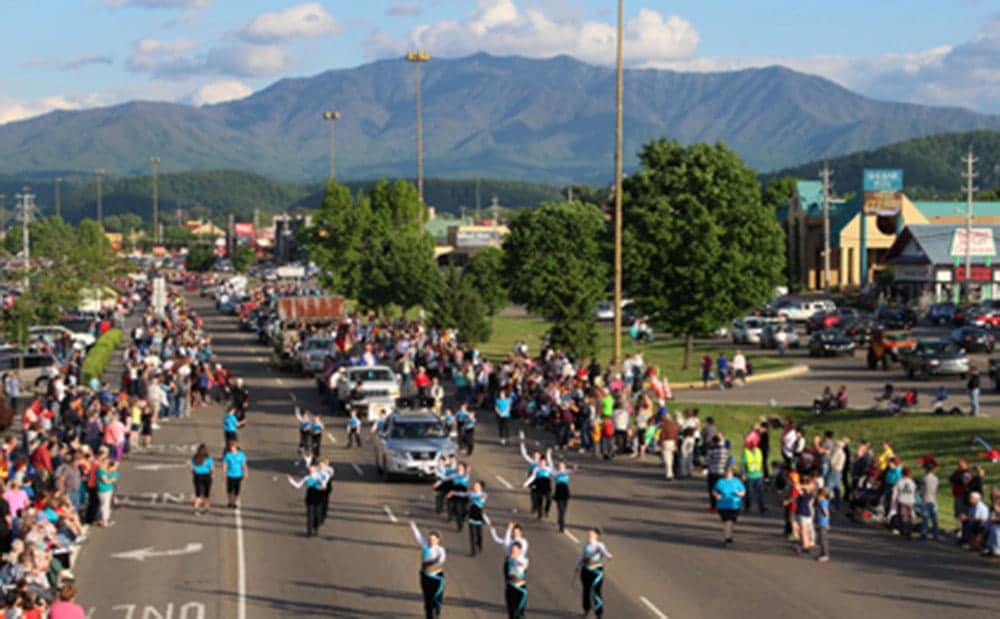 In 1987, the city of Pigeon Forge began what was called the Annual Dolly Parton’s Homecoming Parade each spring which was associated with the opening of Dollywood and the beginning of the “tourism” season for Pigeon Forge. With the growth of Pigeon Forge, the parade has taken on a new name and is now called the “Music in the Mountains Spring Parade.” We have full details below about the new version of the annual Pigeon Forge parade.

When is the Pigeon Forge Parade

The 2020 Music in the Mountains Spring Parade was scheduled to take place on May 1st but has been postponed with a new date to be determined. The parade route typically starts near traffic light #6 and heads northbound (toward Sevierville) to traffic light #3 (at The Track). The parade takes up the entire northbound lanes, so all regular traffic is bottlenecked into the southbound lane. Keep this in mind if you plan on traveling through Pigeon Forge on May 1st.

What’s new with the Parade?

Here is how the city of Pigeon Forge describes the new parade:

“The Music in the Mountains Spring Parade will showcase the rich musical heritage of the Great Smoky Mountains while spotlighting the variety of entertainment provided by the many theaters located in the popular vacation destination alongside high school marching bands, dance groups, choral groups, and baton twirlers from Tennessee, Ohio, West Virginia, Kentucky, Virginia, Georgia and more! Theaters located throughout the city also will have the opportunity to give parade attendees a glimpse of their respective shows.”

Baseball legend Cal Ripken Jr. will serve as the Grand Marshal for the Pigeon Forge Parade.

In keeping with the Music in the Mountains parade theme, free bluegrass entertainment will be featured throughout the city on Friday and Saturday—with a few memory-making surprise performances that are sure to draw a crowd.