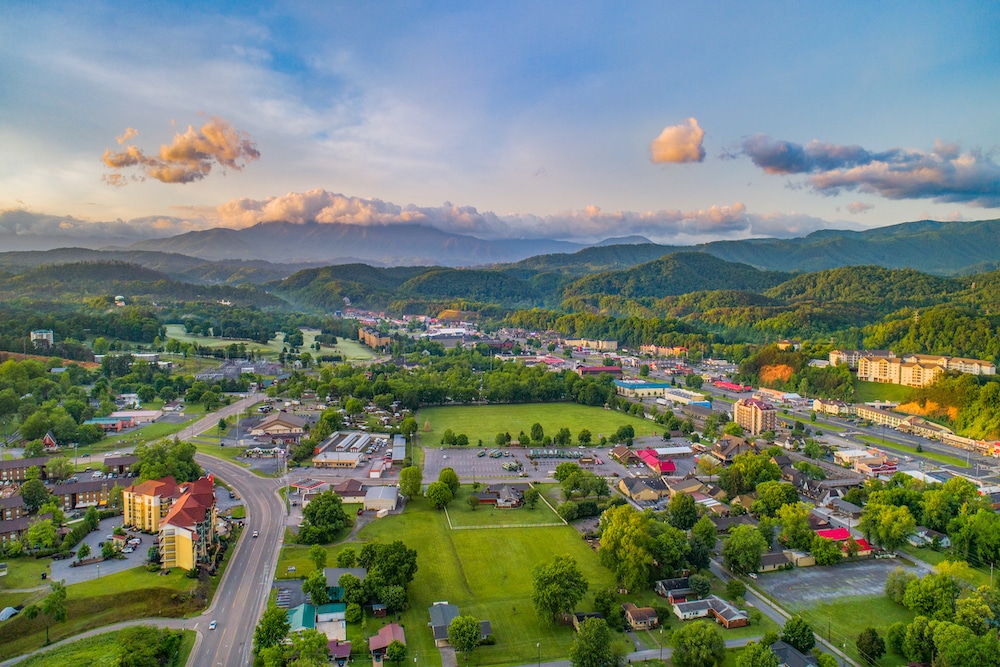 Anyone who has visited Pigeon Forge before knows how popular it can be. This small mountain town receives around 10 million visitors every year, and there are plenty of things to do in the area. So it’s no wonder ‘Bad Vegan’ star Sarma Melngailis and her then-husband Anthony Strangis hid out in the area when they were fugitives on the run for fraud. What better place to hide than a small town where millions of people visit? Keep reading to learn more about the strange story of how Melngailis hid and was found in Pigeon Forge:

Melngailis was the celebrity owner of a popular raw vegan restaurant in Manhattan, and she is known for bringing raw and vegan food to popularity in the restaurant scene. In 2004, she opened Pure Food and Wine with Matthew Kenney and Jeffrey Chodorow, which was New York’s first upscale raw food restaurant.

The trio opened a brick-and-mortar location of their successful website, One Lucky Duck Juice and Takeaway, in 2007, which was a retail store attached to the restaurant, and a second location was opened in Chelsea Market.

In 2012, Melngailis married Strangis, who was a compulsive liar and gambler. Throughout the course of their marriage, he told his wife he could make her the star she always dreamed of being, but she had to follow a series of tests he put her through. Most of them included her wiring large sums of money into his bank accounts. Witnesses claim to have seen the couple arguing about how Strangis claimed the financial promises he made still hadn’t come true. However, in January 2015, the staff of Pure Food and Wine and One Lucky Duck walked out because Melngailis failed to pay her employees a month’s worth of wages. This was the second time wages were withheld, and the first time was in July 2014. Pure Food and Wine closed for good after this walk out and investors weren’t receiving what they were promised. Melngailis had failed to pay the millions of dollars she owed her employees and investors because she was giving it all to Strangis, making her a fugitive.

Once it was clear they were in legal trouble, the couple went on the run for months. They visited various casinos where Strangis gambled away even more money.

Hiding Out in Pigeon Forge

So how was the couple finally discovered? Somehow they ended up in the mountain town of Pigeon Forge. Strangis ordered a Domino’s pizza using his credit card with his real name, and this order led to their arrests. They were staying at Fairfield Inn & Suites when they were arrested. Sevier County Police Department Detective Ray Brown was interviewed in ‘Bad Vegan,’ saying he believed the pair ended up in the Pigeon Forge area because it is a high tourism area and they would have easily blended in with the hoards of people.

Melngailis served 4 months at Rikers Prison for grand larceny, criminal tax fraud, and a scheme to defraud. Strangis received 5 years of probation for taking almost $1 million from her businesses. The couple divorced in 2018.

The docuseries about the couple’s relationship and downfall is available for streaming on Netflix. As previously mentioned, Pigeon Forge is a tourist town right outside the Great Smoky Mountains National Park. It is the perfect place for couples, families, and anyone else to come and visit. There are hundreds of attractions that will capture your eye, incredible restaurants with delicious food, and so much more you’ll want to explore!

Now you know about this crazy story of how a criminal couple was found hiding in the middle of Pigeon Forge. Ready to plan your trip to our tourist town? Look through our Pigeon Forge lodging options, and start planning your vacation now!