Things to Do  / Best 4 Family Friendly Shows in Pigeon Forge The Smokies are famous for their family-friendly entertainment! If you’re looking for something exciting for all ages, magic shows are the way to go! Luckily, there are plenty to choose from here. The jaw-dropping tricks and illusions are guaranteed to amaze, and with audience participation included in many performances, you could just become a part of the show! Laugh the night away with side-splitting comedy and fantastic live music! It’ll be an experience you and your family will never forget. To help you make the most of your trip, here are 4 of the best magic shows in Pigeon Forge and Gatlinburg.

Magic Beyond Belief stars Darren Romeo, an award-winning magician, and protégé of Master Illusionists Siegfried, and Roy. He is also the only magician in the world allowed to perform Harry Blackstone’s famous legacy of the floating light bulb. This show brings magic and music together to create a truly incredible show! You’ll have the chance to see Darren’s magical illusions, musical tributes, and levitation. Watch as Bengal tigers, unicorns, and even mermaids appear right before your very eyes in this multi-million dollar show. This one-of-a-kind production is also enhanced with state-of-the-art special effects, lights, sound, and lasers! Magic Beyond Belief is fun for the whole family and is performed daily!

2. The Wonders of Magic

You’re in for a treat when you see The Wonders of Magic at WonderWorks! This show features Terry Evanswood, the longest-running headline performer in town! Evanswood is also a winner of the sought-after “Merlin” award, the highest award given in the field of magic! You’ll be amazed by his jaw-dropping illusions and mind-boggling tricks. For years, his sold-out shows have been entertaining audiences of all ages. It’s definitely a performance that you won’t want to miss! While you’re at WonderWorks, don’t forget to try all of the other fun bonus attractions.

Year after year, The Comedy Barn remains the most award-winning family comedy variety show in the Smokies! The magicians, comedians, and ventriloquists a night of fun for all ages with clean entertainment that’ll have everyone laughing all night long! 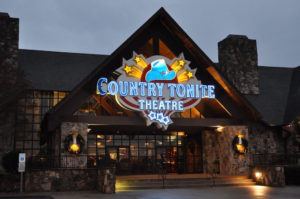 Even if you’re not a huge fan of country music, you’re guaranteed to love Country Tonite! This show is full of clean comedy, and amazing live performances of all your favorite country songs, old and new! Country Tonite is also the only show in Pigeon Forge that features youth performers. Your kids will love seeing someone close in age wow the audience with their talent!

As you can tell, there’s no shortage of family fun here! Be sure to check out these amazing attractions and all the other family friendly shows in Pigeon Forge!