Get a sneak peak of what Margaritaville Pigeon Forge is looking like leading up to the grand opening! The decor and finishing touches are going up, which include an airplane, massive blender, palm trees, signs, pictures, and more. The Margaritaville store inside the restaurant is all setup and being stocked with t-shirts and merchandise as well! We got early access to see the inside, try some food, and shop a little so we wanted to share some pictures to give you the inside tour as well! 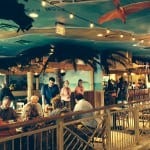 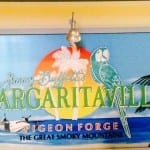 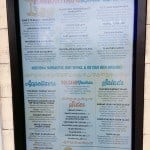 The Island in Pigeon Forge was originally being built as “Belle Island” until that project came to a halt. New developers came in and revitalized the project which will bring restaurants, attractions, shopping, entertainment, and more in a prime location in Pigeon Forge.

Margaritaville Hotel at The Island in Pigeon Forge

Also opening October 1, 2014 will be the brand new Margaritaville Island Hotel! It will be a 4 star hotel featuring 132 rooms and a rooftop pool. The Margaritaville Hotel in Pigeon Forge, TN will be one of the few Margaritaville hotels in the world! They are now taking reservations by calling them directly at 1-844-4FINSUP (1-844-434-6787).